Winner of the Coventry & Warwickshire Junior Sportsperson of the year is announced! 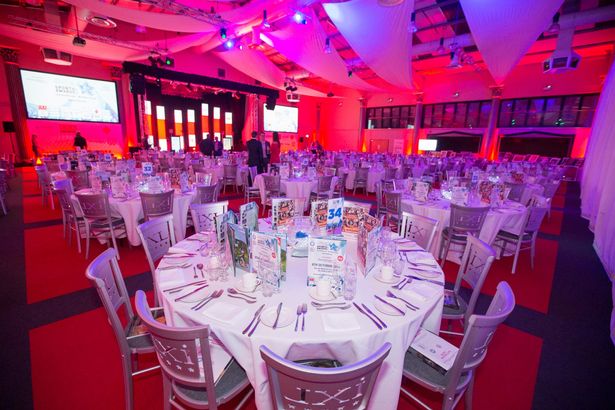 October 5th 2016 was the date of the third annual Coventry & Warwickshire Sports Awards Dinner at the Ricoh Arena. The event, organised by Champions (UK) and supported by the Coventry Telegraph recognises and celebrates the achievements of all that is great in sport including athletes of all ages, disabled and non-disabled, sportspeople, amateurs and professional teams, clubs and volunteers from across Coventry & Warwickshire.

The team at Kenilworth based HR & Employment business, Absolute Works, were delighted to be asked to sponsor the Award of Junior Sportsperson of the Year.

The Winner was 14 year old alpine skier Oliver Weeks whose achievements included his selection for the British Alpine U16 Squad in which he competed for Great Britain in FIS (Federation International de Ski) races in Slovenia and Italy. He is the top ranked GBR Race Series; he was the U16 overall indoor Champion, U16 Outdoor Champion, and overall combined Indoor & Outdoor Champion. Oliver is a dedicated ambassador for SnowSport England and helps at training camps for Alpine Sport.

After the Award Ceremony, Amy Martin said: “We were proud to be invited to be sponsor for the 3rd year running of these fantastic Awards for Sports achievement. It was wonderful to hear some of the amazing achievements of these sports men and women and we would like to extend our congratulations to all of the finalists who have contributed so much to sport across the region. Your dedication, commitment and achievements show that you are all winners. A special congratulations goes to Oliver Weeks, the Winner of the Junior Sportsperson of the Year, sponsored by ourselves, Absolute Works.”