CJRS Amnesty – get your “ducks in a row”! 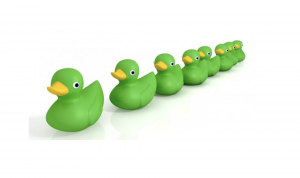 The Finance Act 2020 received Royal Assent on 22 July 2020. This started the 90 day countdown for employers to conduct a furlough scheme audit and report erroneous claims to HMRC. The rules surrounding the Coronavirus Job Retention Scheme (CJRS) have been constantly changing and in some areas are very complex, the decision to furlough employees and to calculate furlough payments will have some at the peak of a very stressful decision making time for business owners. It has however been recognised that errors may have occurred, deliberately and otherwise, by employers accessing the scheme and making claims.

Employers and businesses have been granted a 90 day amnesty period during which they cam carry out an audit and repay any overclaims they have made for errors made. If this is done, employers will then not face any penalty.

As part of your audit, you may want to consider emailing all of your employees (and ex-employees where they have left of their own accord or where their employment has been terminated) asking them to declare whether they carried out any work during their furlough leave, work being any tasks deemed to be generating income for the employer.

Although the penalties for erroneous CJRS claims are severe, in the vast majority of cases, where CJRS was not properly due, penalties applied by HMRC will be clawed back by imposing income tax rates of 100%. Who wants an audit by HMRC though??? Employers should note that this does not have to have been deliberate abuse of the scheme, so all furlough claims should be audited, as HMRC can also reclaim money where there has been genuine errors leading to non-compliance.

We have read and heard reports, as may you have, of employers being reported for absuing the CJRS such annonymous reports coming from disgruntled employees or ex-employees or even family members of these individuals. By carrying out your audit and having your paperwork in place (including furlough agreements and flexi furlough agreements), when HMRC come knocking you will be able to present your case with ease.

If you have an queries or require any further assistance please do not hesitate to get in touch with a member of the HR team on 01926 355560 or email info@absoluteworks.co.uk